I Am Married Today Because He Said Yes To A Grand Canyon Rafting Trip! 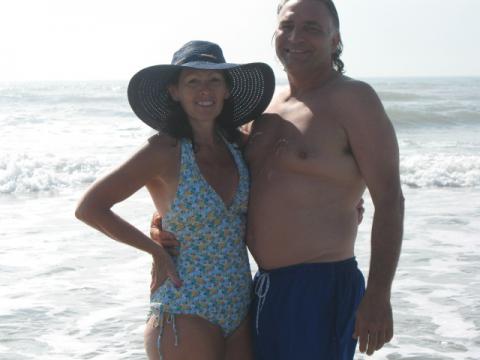 I am married today because my then friend Dave, said yes to go with me on a Grand Canyon rafting trip.

I have been friends with Dave for over 10 years. We met at work. He is a Veteran, and employed as a Carpenter. I am a Nurse. Two years ago we kissed each other on New Years Eve. It was amazing for both of us. We were both divorced. Nothing became of that kiss. He was dating an old high school girlfriend, I was kind of getting in touch in one of my high school flames. He told me about it and I gave up on him. He dated her almost a year, nothing became of the guys I was dating.

I heard about the Grand Canyon tour and really wanted to go before I was too old. The man I was dating at the time said no way, so I asked Dave.  I told him I was looking for someone to go the the Grand Canyon with me.. he said sure I’ll go!  So I broke up with the man I had been dating and Dave asked me out on a date.  We started dating last February and never stopped dating. We were married on September 13 by the town Judge.

We booked a trip for the Grand Canyon this September for our honeymoon!  We are both working more than our day jobs trying to save up for the adventure of a lifetime!