Threats to the Grand Canyon are nothing new, at least over the course of the last century or so. Even an obvious candidate for National Park status like the Grand Canyon had to be fought for; not because it was overlooked, but because everyone wanted their own overlook. You can read more about that here, but suffice it to say that in almost every case, it comes down to the people’s vote and public outcry that has saved our sacred places.

This threat, entirely within the sovereign Navajo Nation’s boundary, is a little different – being largely out of our hands. While the various clans and chapters within the Navajo tribe either fought or favored the development, the river community sat on pins and needles wondering when, (and how) to chime in – or whether we’d be given a legitimate chance. Needless to say, no modern white-man, or white-man agency is anxious to tell the Native Americans what to do on the bits of land reserved for them. Western, the river/canyon community, and the National Park Service has kept busy raising public awareness without raising hackles, which could harm chances for influence. Over the last several years the project appeared to be like many other proposals – similar to so many late August thunderstorms that threaten and never really drop.

What Changed? Why Speak Out Now?

On Monday, August 29, 2016 bill number 0293-16 was dropped off to the tribe’s legislative services by Fort Defiance Councilman Benjamin Bennett, asking them to approve the development. Even the half dozen watch-groups that have monitored this development were surprised to see that Navajo Council legislation was suddenly moving – despite the current Navajo President, Russell Begaye’s outspoken opposition to the development. Public comment was then opened for five days, beginning Tuesday, August 30th. That morning several outfitters, including Western River Expeditions, sent mass emails urging guests to help persuade the Navajo Council before the deadline on Saturday, September 3, 2016.

If you have tried to submit your commentary only to find their website unable to process it, you’re not alone. There were more than 3,000 comments submitted yesterday alone, but with only five days given, it would be nice to open the floodgates a whole lot bigger. Unfortunately Save the Confluence.com’s comment plug-in can only handle a limited amount at a time, and it is their decision to stick with a drip-system when a fire hose is needed.

If you would like to submit an email yourself, and circumvent their comment engine, you may do so with this email address: [email protected]

You will need to verify your email address before the comment is accepted, and while they have not made it easy, it is not that hard to click a mouse a few more times. Hopefully the council will hear. 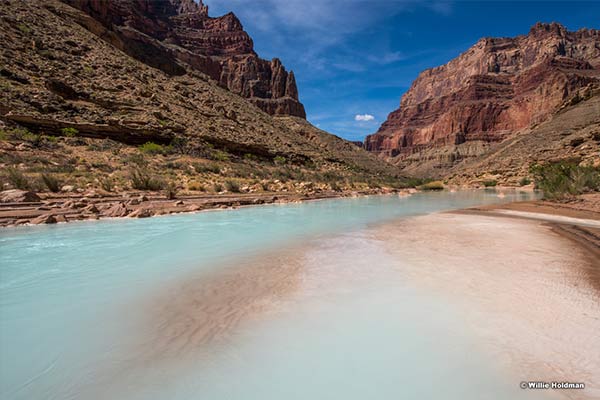