The Songs of Summer

The Songs of Summer

If you are like me, when it’s not river season you’re thinking about river season. While I’m sitting in a geography class during the winter my mind is most often back on the oars, weaving its way through my favorite spots in the canyons. You would think that dreaming about Three Canyons camp in Desolation Canyon, or that one view after Little Wild Horse section of Westwater Canyon so often it would be easy to exaggerate the majesty of those places, but each summer I come back and those spots are always more beautiful than when I last remembered them. As trips come to an end we often joke with passengers that if they ever miss the river, they can be transported back by sprinkling some sand in their beds or in their food while cranking up the heater to remind them of the beating desert sun. Though I have yet to get this level of homesick, I find myself listening to my summer music playlist more and more as I anxiously anticipate the upcoming summer. I will be down in Moab for my fourth season, and over the years I have collected songs I massed into a playlist called “songs of summer” that remind me how it feels to be hugged in those canyon walls. I highlighted a few songs on there that I love. 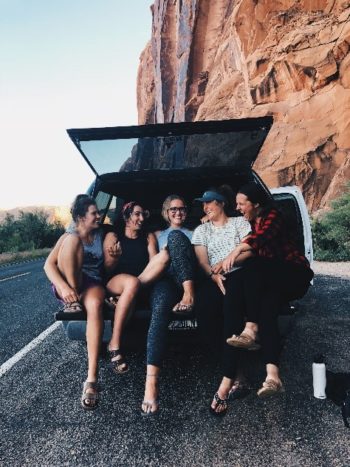 A big part of living in Moab for me has been the introduction to rock climbing. On the rare days where it isn’t too hot and the work has been done, most of the warehouse property is deserted and you’ll find us on the rocks at Wall Street just outside of town. There is a movie called Valley Uprising, which follows the development of the sport at its epicenter in Yosemite Valley, that deepened my passion for rock climbing and has a great soundtrack to boot. The band Wolf Parade belts out “I’ll Believe in Anything” at a point in the movie where it describes the feelings of base jumping- another sport that has history in the Valley- that mirrors how it feels facing big hits and big water with nothing but a paddle or oars in your hands. 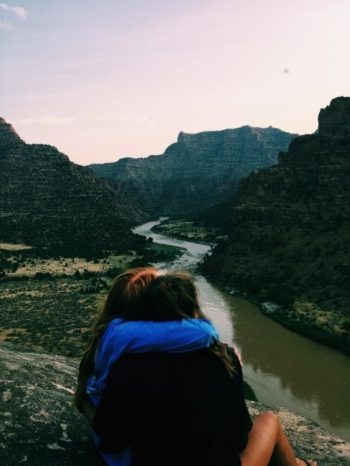 Western River is proud to boast of the band Blammity Blam, comprised of a few of our own well-known guides down in the Grand Canyon. Their album Erosion Explosion is full of songs written by river people for river people, so of course they made the list. “Canyon Walls” describes the call that keeps us coming back trip after trip. 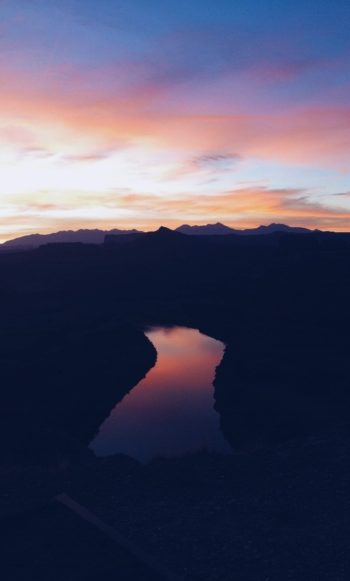 The band Shakey Graves song “Family and Genus” appears in a YouTube short called In Current which follows a new guide working with a dory company in the Grand Canyon. When I hear this song, I think about the insecurities I had when I first started guiding, and now how far I have come. This film follows the guide as she expresses these emotions I related so much with, then shows her overcoming her insecurities with great runs. All guides have to convince our companies that we will be capable of this job, then convince ourselves a little bit too. “Family and Genus” takes me back to my training trips where I first showed myself that I could really do it.

These three songs and the rest of them on the playlist hold a little piece of my Moab heart, from reminding me of a lifelong friend I made there or of a place where I’ve take an extra moment to appreciation where I was standing. Listening to “songs of summer” make me restless for another season full of songs. 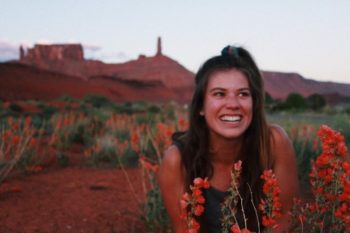 I'm a third-year guide with Western River Expeditions and spent one year working in the Moab Adventure Center. At heart, I'm a full-time river guide and part time student while spending the offseason studying geography and nonprofit management at Brigham Young University. I am Colorado born and raised, coming from a family of river guides who helped me find a home in Moab. 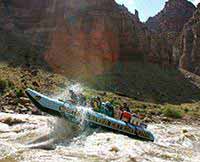 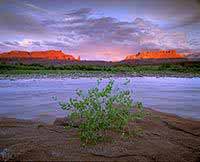