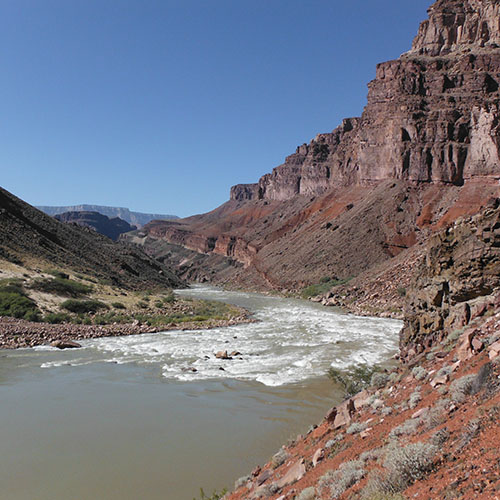 “Captain” John Hance was one of the first settlers of Grand Canyon’s south rim. Hance had an interesting past before arrival, fighting in the Civil War originally as a Confederate, and later for the Union. Hance mined minerals in the canyon, most notably asbestos and copper. He also built and operated a small hotel on the edge of the canyon, and constructed the Red Canyon and Old Hance Trails from the south rim to the river. During later years the Fred Harvey Company provided Hance with a living space at the Bright Angel Lodge, where he would sit in the common area and tell stories about his exploits in the canyon to eager park visitors.

The lower Grand Canyon, as traveled by Western's 3 or 4 day expedition begins at Whitmore Wash (mile 188) and finishes at Lake Mead (mile 277).