Rafting The Grand Canyon On Our Golden Anniversary 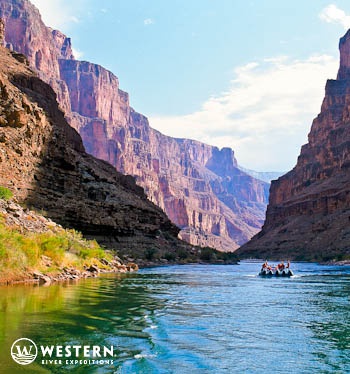 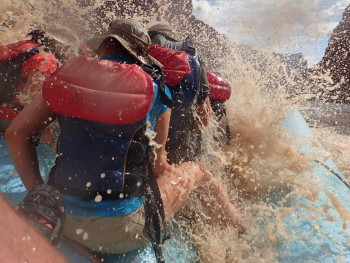 There really are no words sufficient to describe what an incredible trip this was rafting the Grand Canyon. Western River did an amazing job right from my first phone call to get more information about the trip, all the way until the last day on the river.

The guides where fantastic! They worked tirelessly to make sure the experience was as safe, fun, memorable and entertaining as it could be. Their expertise in boat handling, running the river, geology, history, hiking, and cooking were excellent. They were true professionals in every way, not to mention great people!

I can't say enough about this trip....it's a must-do for anyone interested in seeing the Grand Canyon! I can't wait to do another trip with Western River! 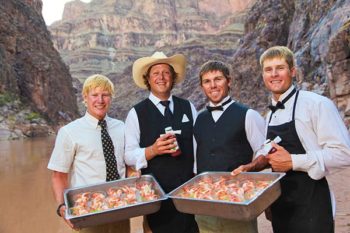 Couldn't have asked for better guides or a better Grand Canyon rafting experience. 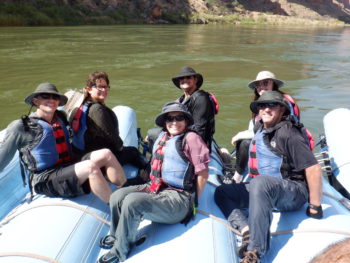 CRAZY GOOD!!! If you have just a little piece of you that wants to go whitewater river rafting DO IT!!!

Our guides Daniel, Lucky, Micki and Travis were awesome and their love for the Colorado River was contagious. Their knowledge of the Grand Canyon's history and the great stories made our trip. I loved every minute.

On the last day we all shared our favorite things and to hear the emotion in everyone's voice was wonderful. The Grand Canyon is a magical place. My family is already asking me to plan our next trip. 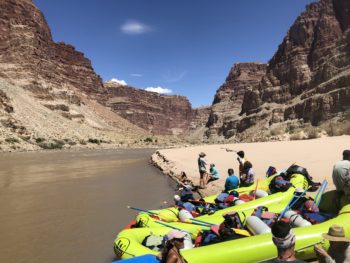 It’s hard to put into words just how incredible the Cataract Canyon rafting trip was!

Waking up to the “coffee” call and views of the canyon walls was spectacular. Our guides were knowledgeable and funny, and truly passionate about the Colorado River.

The rafting trip was the perfect balance of chill and thrill...we couldn’t have imagined a better experience! Trip of a Lifetime! 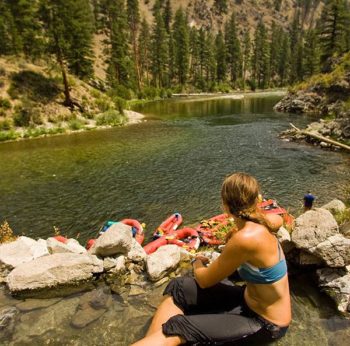 My husband and I went on this Middle Fork of the Salmon River rafting trip for our honeymoon. It was the best vacation we have ever been on!

The scenery was breathtaking, our guides were fantastic, the meals were delicious... we especially loved the educational stories the guides would share with us about the river.

We were sad to have it end, but felt very lucky to have experienced such an amazing rafting trip! No words can describe how amazing the Middle Fork of the Salmon River is! 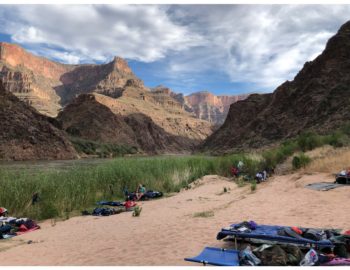 This Grand Canyon rafting trip was one for the ages. Unbelievable scenery, great guides, great stories, great food. But most of all the spectacular Grand Canyon. You can see all the pictures and the view from the top but once on the Colorado River, one gets a sense of just how BIG it is and how the geology changes with each turn in the river. Just incredible. So glad we made this trip.

This picture is from the last night, getting ready for dinner. The sunset lighting up the cliffs of the south rim in the far distance, the cots all laid out for the light show the stars put on for us each night. Very hard to describe in words. 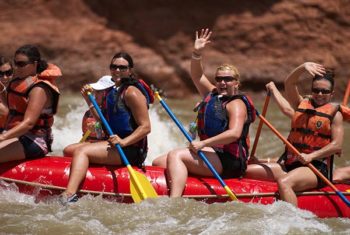 The Southwest Sampler was a great way to get a taste of Moab! We had a blast exploring Moab (even knowing it already so well). The Western River staff were all great, a stand out was Molly. I recommend this trip to anyone with young kids or elders especially. 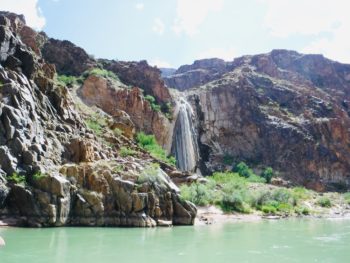 A Western River Expeditions rafting trip through the Grand Canyon is simply the greatest vacation we have ever had! The perfectly choreographed means of transportation from the hotel to the ranch and then down the canyon was exceptional.

The scenery was breathtaking! The rapids left us thrilled and I don’t think I’ve ever laughed so hard and for so long, in my life!

I loved the relationships that were formed with the other guests and the cooperation with everyone getting our campsite set up to be comfortable. We set up with the sound of rolling tides and star filled skies. We had a tent but chose to sleep on our cots outside.

The guides were amazing. Each of them had 10 to 20 years of employment with Western Rivers so that says something about this company. They knew the 100 mile journey like the back of their hands so we would stop at hidden waterfalls and beautiful trails. 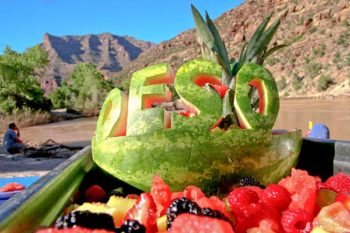 I have floated the Middle Fork of the Salmon in Idaho twice. This rafting trip in Desolation Canyon was very relaxing and enjoyable.

The food was excellent and the guides were terrific. I loved the guides and they became lasting friends. I will miss them. The trip was very well organized and included everything that you could want and need on a river trip. It was a great family vacation.